A few years ago I picked up a book at a second-hand book shop called “Australia Replanned”. Thumbing through it I noted that it was written in 1944 and published in January 1945. What drew me to the book was a fold-out map of Australia.  It showed an inland sea in North East South Australia with rivers draining into it fed on the northeast sectors of Northern Queensland.

The book was written by a gentleman writing under the name of Veritas. Veritas was a pseudonym for a journalist called Luscombe who also, as I recall as a kid, was writing for The Truth newspaper in Sydney.
The book is a call to arms, warning Australians that they need to get with it and do something with this wonderful huge country of ours.

Luscombe points out that in 1944, the war is effectively over and that we need to start thinking about what to do with our country. He draws a parallel with the United States, a country of 3 million² miles and a population of 130 million.
Australia, he points out, is 2.9 million² miles with a population of 7 million. Of that 7 million approximately 1 million are in uniform or working 100% in the war effort.
Luscombe also points out that in the years of the 2nd World War we tripled the productivity of the country and of course asked the obvious question…. what next?

Luscombe, who of course was writing long before climate change, refers to the central regions of Australia as the ‘Dead Heart’. He points out that this was once fertile land covered with dense and luxurious vegetation, evidenced by the fossilised remains found in the Diamantina and Lake Eyre districts.

WHY NOT BUILD AN INLAND SEA THAT BECOMES A VAST “LIVE HEART”?

It should be pointed out that Luscombe wrote at a time when horse-drawn graders were not that uncommon and crawler dozers used cable controls to raise and lower tractor blades!
In spite of that, he dared to dream that the parched and arid ‘Dead Heart’ of Australia could be brought to life!
The vision was an inland sea of approximately 50,000m² miles. This sea would be fed by Northern and North Eastern rivers and the flood waters diverted back across the Dividing Range to flow along the dry central river beds to the Inland Sea. 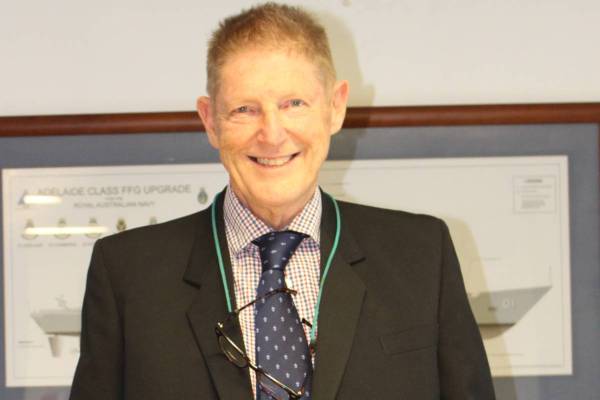 Lorenz is passionate about the development of Australia, concerned about our vulnerability, our apathy and general lack of understanding of the potential of this huge landmass, Australia. 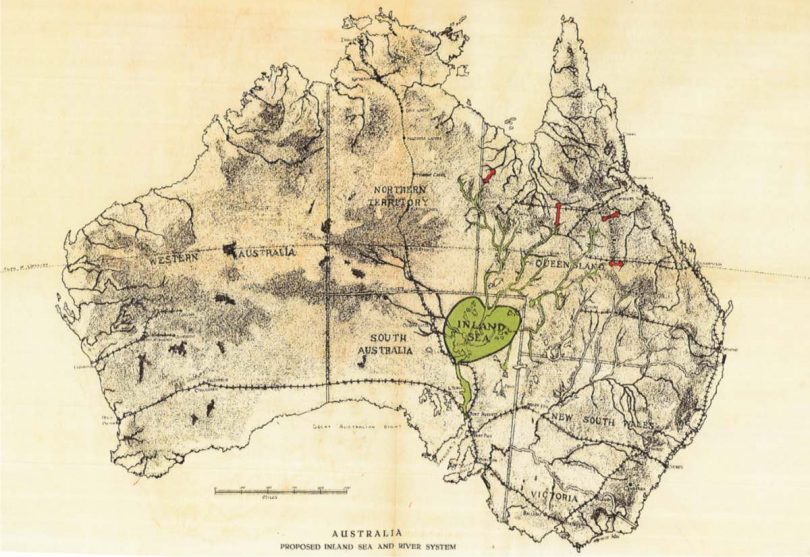 In 1944 almost 90% of the total land area of Australia was put to very little use. Those huge areas of land, mainly arid, barren and useless, needed water security.
The question we have to ask ourselves is, are we ready to carry out projects like that in Australia? Ion Idriess, one of the great Australian writers of the 20th Century, used the slogan ‘Water is Life’ in a number of his books.
In Luscombe’s plan, an inland sea would be created and connected to the Great Southern Ocean by a canal from the head of the Spencer Gulf via Lake Torrens. The canal would be up to half a mile wide by a depth of around 25 feet! The bed of Lake Torrens might be excavated and locks and pumping stations would be required in order to provide the shipping passage similar to the Panama Canal.
Luscombe, of course, is writing at a time when the greatest civil engineering feats the world has seen were considered to be the Panama and Suez Canals.
He must have been conscious of the Hoover Dam, draining approximately 1000sq miles across 7 states and capturing up to 740 billion cubic feet of water from the Colorado River each year.
When you consider that the Hoover was built in around 4-5 years and think of the primitive equipment and methods used at the time, Luscombe’s plan, or something like it, seems absolutely achievable. Whether the drought proofing of the country, or large sections of it, can be achieved with an inland sea is questionable in today’s world and with our 70 years of additional knowledge.
That water storage and water security are essential for the progress of our agricultural industries and to foster population growth is beyond dispute.

In a world where Australians appear to enjoy higher wages than just about anybody else on the planet, we are sitting on the biggest piece of unused real estate in the world. Its also possibly the greatest opportunity to provide food resources for a growing world population. It seems there’s plenty of good reasons to provide farms and cities with water security.

From a political perspective, governments of either persuasion are and will be faced with financial challenges that must be addressed. The country clearly can’t rely purely on commodity prices to maintain our lifestyle, create employment or sustain our welfare programs. In other words, something has got to give!
Imagine a drought proof Australia where we brought life back to country towns, provided farmers with water security, built processing plants to value add raw product.  At the same time, provide the Greens with an environmental wonderland!

Dropping back to Luscombe’s dream, he saw forests throughout the centre of Australia and he wasn’t even bothered about greenhouse gases!

IS THERE A MARKET FOR WHAT WE PRODUCE?

When Luscombe wrote his book in 1944 the world population was three billion. Now we are seven billion and heading for ten so its highly likely there will be a market for top quality food and agricultural produce for at least the next thousand years!

The Prime Minister preaches jobs and growth. Well here’s a package that will deliver both big time!

Okay, I have been talking this up with civil contractors, farmers, irrigation specialists, water well drillers and a whole wide range of folk to test the water. What I got in return was astonishment that somebody had thought on this scale seventy years ago. I got excited at the possibility of a vision that would change the country forever. I got one hundred percent unqualified support of the vision.

Of course, the question everybody asks is “who is going to do it?”

Gina Rinehart would do it! Barnaby Joyce would do it! Most of the people I talk to in the pump industry would certainly not only support it but would happy to be deeply involved.

Would it rebirth our pump manufacturing industry? Maybe it would!

Think about these statistics;
1. China had the same sized economy as Australia in 1990.
2. Twenty-six years later, their economy is sixteen times ours and they are number two in the world.
3. They have 1.3 billion people, we have 24 million people. We produce approximately 60 million people’s worth of food per year (my rough calculation) and they produce 1.3 billion. In other words, they produce 22 times more food than we do but from about the same landmass.

Let’s assume we droughtproof Australia and can produce 5 times more food than we do at the moment ie 300 billion dollars worth.

Wow, that’s bigger than the iron ore business. Not only that but it’s a much bigger employer and there are loads of benefits that we will get from employment, not the least of which is lower taxes for the rest of us!

Luscombe prefaced his book with the comment that if he was wrong in his ideas, he would welcome correction.

He also stated three principles that appear to be just as relevant today as they were in 1944. Here they are;
1. Think clearly … without prejudice
2. Think fearlessly … with regard for nothing but the truth
3. Think big … with the knowledge of the almost limitless possibilities of technology.
As a simple pump man, I welcome the comments of my peers. Copies of Luscombe’s map are freely available from Australian Pump Industries and may serve to inspire some of the readers of this magazine. Bring it on! 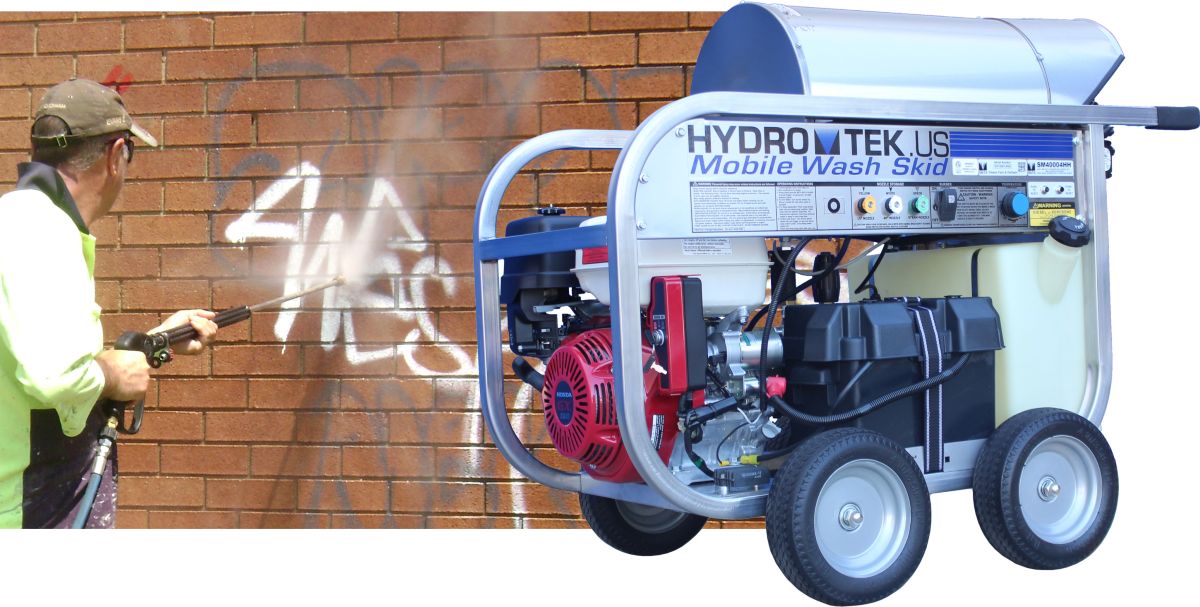