Aussie Pumps distributors nationally have responded to the needs of their communities for information on fire protection!  Aussie Pumps has found that the biggest issue is a lack of preparation putting homes, commercial buildings and whole townships at risk.

“No one expected the severity of this year’s catastrophic fires” said Aussie Pumps Operations Manager, Hamish Lorenz.  “Dealers, fire fighters, farmers and users all report on a lack of preparation for what appears to be the worst fire season in a century” he said.

Even farmers who have worked with and used pumps all their lives have been caught by surprise with in some cases devastating results.  Stock, crops and machinery have been lost, not to mention houses, sheds and even lives. 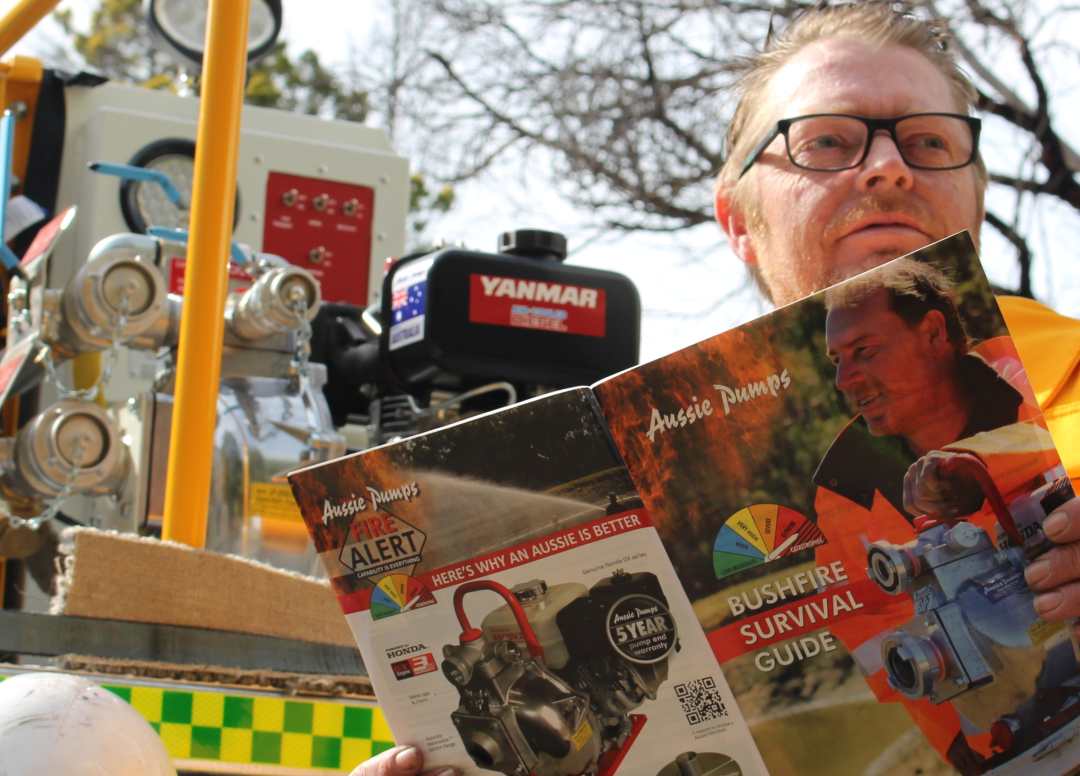 Aussie Pumps has printed tens of thousands of their free Bushfire Survival Guides to aid homeowners, businesses and Government authorities.

“Preparation could have been carried out in Winter and early Spring” said Lorenz.  The Aussie Bushfire Survival Guide provides invaluable information on a wide range of fire fighting topics.  Taking the RFS, CFA and CFS guidelines, Aussie built on that framework with information provided by dealers, farmers and users across the country.

“Even now, we’re learning every day from this years’ fires on how we can make the Survival Guide better for next season” said Lorenz.

In the Line of Fire

Staff working at the counters of dealerships across the country report a consistent lack of understanding of even the basics of protecting homes and property.  A classic example includes a customer of one of the South Coast dealerships wanting to buy a pump to protect his property without having any available water supply.  “Our man on the spot was able to stop the customer spending hundreds of dollars on an Aussie pump that would have used all the water capacity that he had in a matter of minutes.  We advised him to block up the down-pipes on his gutters, fill the gutters with water after clearing out any debris, and clearing as wide an area around his house as possible.  That’s practical advice that’s all in the Aussie Survival Guide” said Lorenz.

The Guide is now in its 10th year of printing, with every season’s version being improved based on the growing knowledge bank compiled by Australian Pump.  The company believes first and foremost in producing the world’s best fire fighting pumps and secondly making sure that the users of the product get the very best out of them.

Copies of the Bushfire Survival Guide have been made available to fire fighting authorities throughout the country.  Although fire services do a brilliant job on television and online services, many customers still like the feel of a printed document that they can read and digest!  The Guide is available on the Aussie Pumps website but is now in its third print run for the season based on the unexpected demands for information on fire preparation.

Australian Pump believe that everybody, including the company itself, completely underestimated the dangers presented by the moisture stress in forests across Australia.  That unprecedented event, based on the drought, meant that even farmers were unable to prep their properties.  In many cases, they weren’t even able to get a crop or even keep stock based on the dreadful effects of what we’re now calling the Millennium Drought.

Australian Pump is moving fast to triple their production capacity of fire fighting pumps and beefing up not only the standard units but also diesel and Honda electric start versions.  “Many customers living in coastal areas are retirees.  They don’t need the dramas of a pull-start.  Electric start means it’s easy and it’s just about turning the key on the engine driving the pump” said Lorenz.

“Free copies of the Bushfire Survival Guide are available to CFA brigades, RFS and fire fighting authorities throughout Australia.  We give away tens of thousands of this tremendously important document as our contribution to helping the country” said Lorenz.  “Working with the RFS and CFA volunteers is a humbling experience and one that inspires us” he said.

For a copy of the FREE Bushfire Survival Guide… click here 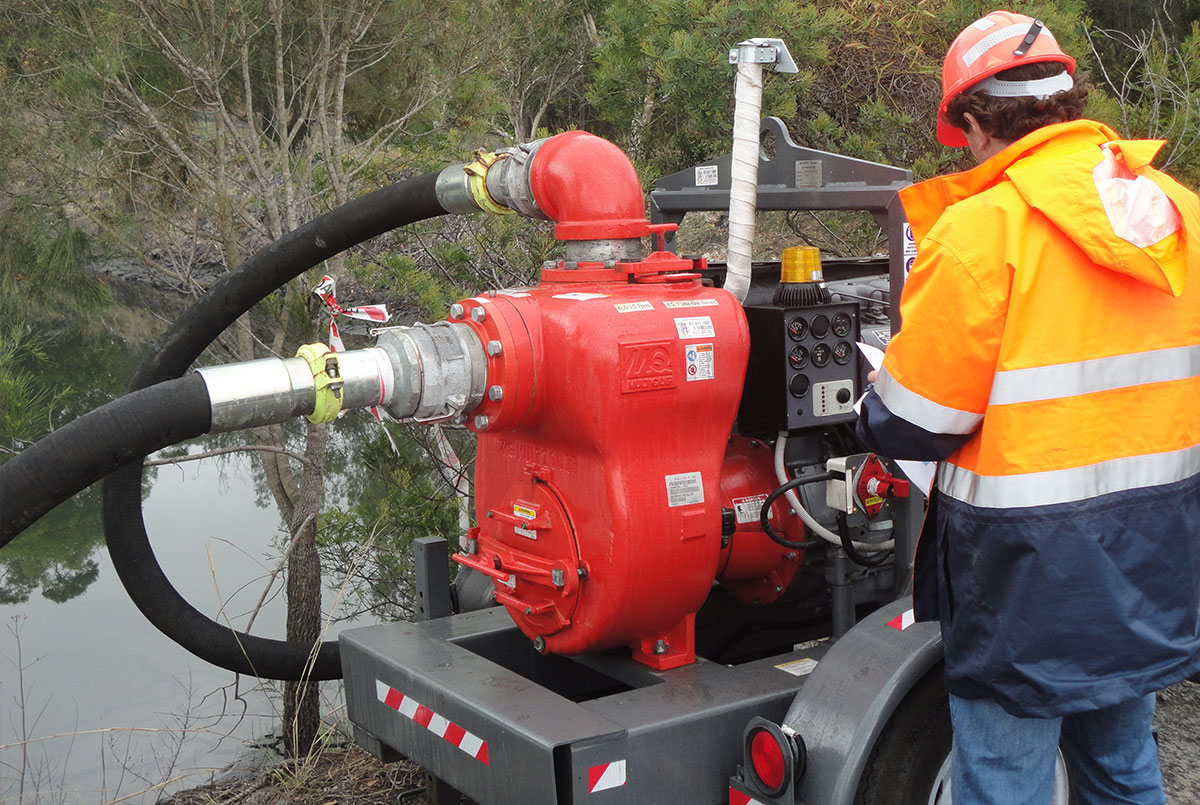