The forecast of 9 billion litres of production in 2021 is based on low hay and grain prices and in turn, has lead to a high retention and restocking of cows! The other good news for farmers is the irrigation prices in northern Victoria are forecast to fall due to water storages being replenished. Apart from that, milk yields are up per head with ABARE reporting 0.2% to 6,420 litres per cow!

Australian Pump realise the value of the dairy industry to the nation.  They have worked hard to produce a range of engine, electric motor and hydraulic drive pumps that are revolutionising areas of the industry.

“When we first starting building pumps made from 30% glass filled polyester, that would self-prime and offer first-class performance, we didn’t realise the versatility of the material”, said Aussie Pumps’ Chief Engineer, John Hales. “We knew they would handle diesel fuel and brine, but never imagined they would be applied in handling everything from weedicides and pesticides to liquid fertiliser and even whey”, he said.

The company found that farmers were using cast iron or aluminium pumps designed specifically for moving water.  These were never intended to handle a wide range of chemicals.

The result was internal corrosion and often leaks. The seal material was not compatible with the liquid and the leaks led to contamination and wastage. The first 2” Smart Pump produced more than 800 lpm flow with a maximum head of 25 metres. Both of those figures are maximums at either end of the curve but, are astonishing nonetheless.

“The first pumps we produced had EPDM seals which were compatible with most agricultural chemicals including even Urea”, said Hales.
The company later introduced a Viton option to cover virtually all chemicals including tanning liquids and even nitric acids.
“We found Viton the supreme elastomer, in terms of compatibility with the widest range of chemicals found on farm. Conventional pumps, even fire pumps that are widely used in dairy farms for a wide range of applications, have Buna seals, which are not regarded as being compatible for any of those more exotic liquids used on farm”, he said.

Liquid ferts have become essential to Australian agriculture. The boost in production resulting from their use has been seen in paddocks for grazing to major cropping activity!

Some farmers wanted to have more pressure and less flow. The result was a change of impeller and guide vane design that enabled the 2” pump to reach heads as high as 37 metres, but with a reduction in flow to 720 lpm.

The higher pressure pumps enable liquid to be pumped further. They are suitable for operating in any application requiring pressures as high as 50 psi. Farmers were able to change out the volute and impeller to get a different performance matrix! The pumps could be either super high flow or, less flow but with higher pressure, if required.
The Aussie Smart Pump was on the way to becoming a major feature on Australian farms!

As the capacity of spraying equipment increased, with big machines from companies like Goldacres, there was a need for pumps to deliver more flow for faster refills. The company introduced a 3” range that produces flows up to 1,000 lpm!

“The impeller and volute, the heart of the pump, are superbly matched and designed to produce the most efficient result”, said Hales. “When every second counts, that extra 200 lpm can make a big difference”, he said.

By matching the same pump end that goes on a Honda petrol engine to a single or three phase electric motor, the company was able to come up with an industrial-grade pump at a budget price.

“Because these pumps come out of a first world injection moulding process that can pump out components 24 hours a day, each one perfect, first time, every time, we never have to worry about whether the pump will do the job or not. The pumps, assembled by our fitters right here in our 2 ½ acre Castle Hill, Sydney factory are produced to the highest levels of quality”, said Hales.

Australian Pump is finding new applications that demand fine tuning of the build spec. This lead to the inclusion of the product range of a Polypropylene body with Ryton option for more exotic chemical requirements.

Mobile applications for the product also are now proving popular. They are used on water carts on mine sites in hydraulic drive, sometimes on drill rigs and we even see them being built into big sprayers, like the Goldacres Goliath. Goldacres also use Aussie’s 3” pump with Honda engine for their innovative “Batchmate” product as well.

PUMP GETS EVEN SMARTER

The latest development in the Aussie Smart Pump range is a new high performance 3” pump, that produces even more liquid! It’s a design breakthrough, where the two halves of the pump body are held in place by a stainless steel “belly band” clamp.

Aussie’s R & D department believe after testing the new pump will deliver up to 1,500 lpm. The belly band gives it a big advantage.

“It means that when the pump needs to be cleaned out, or rinsed from chemicals, you simply open the belly band and hose it out”, said Hales.

A comprehensive chemical compatibility chart is available from Australian Pump Industries. It and the latest Smart Pump user guide provides information on how to use this innovative product. The company has also reported unusual applications as well.

“They’re used in fish farming for transferring seawater and on Navy patrol boats as lightweight portable salvage and fire pumps. We match them with a Yanmar diesel engine and can even supply them in a bare shaft configuration as well.”, said Hales. 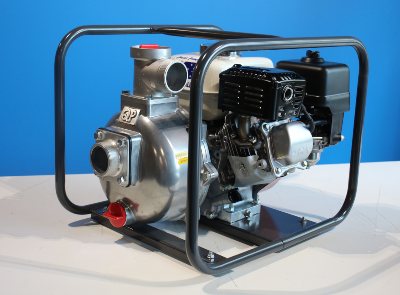 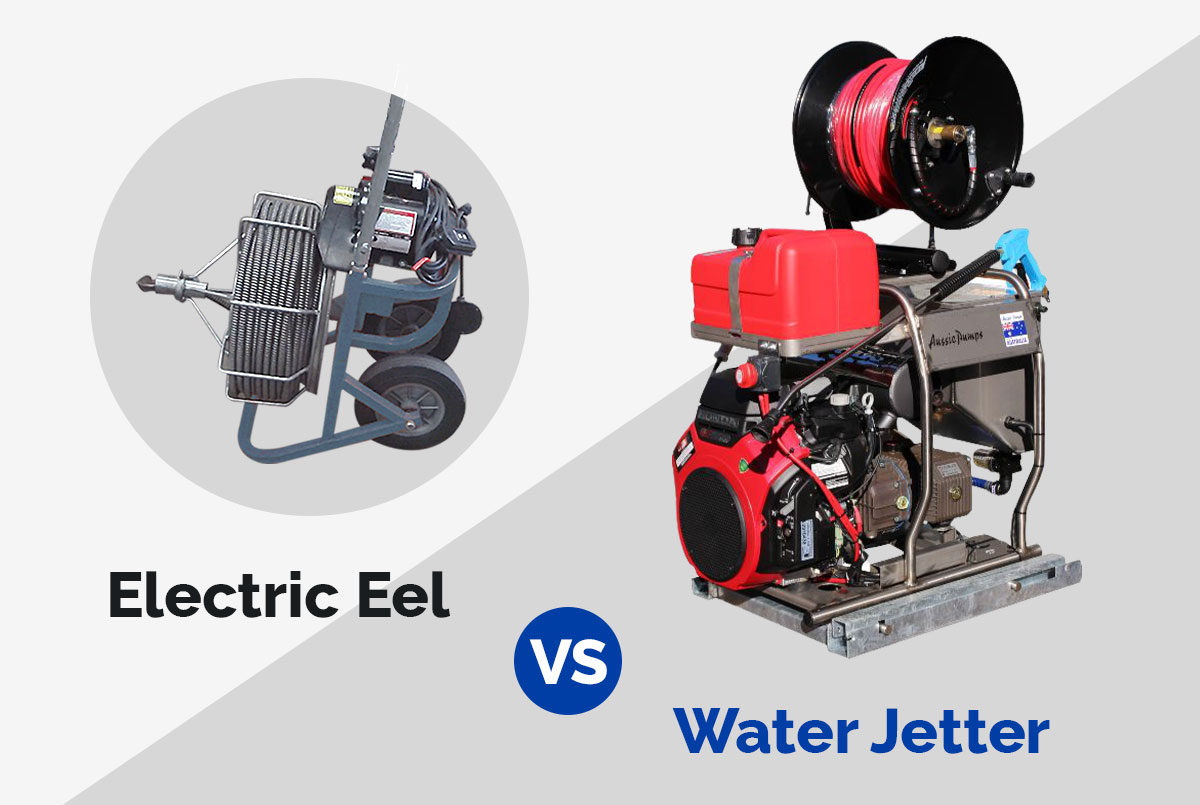 Electric Eel vs Water Jetter: Which is Better? 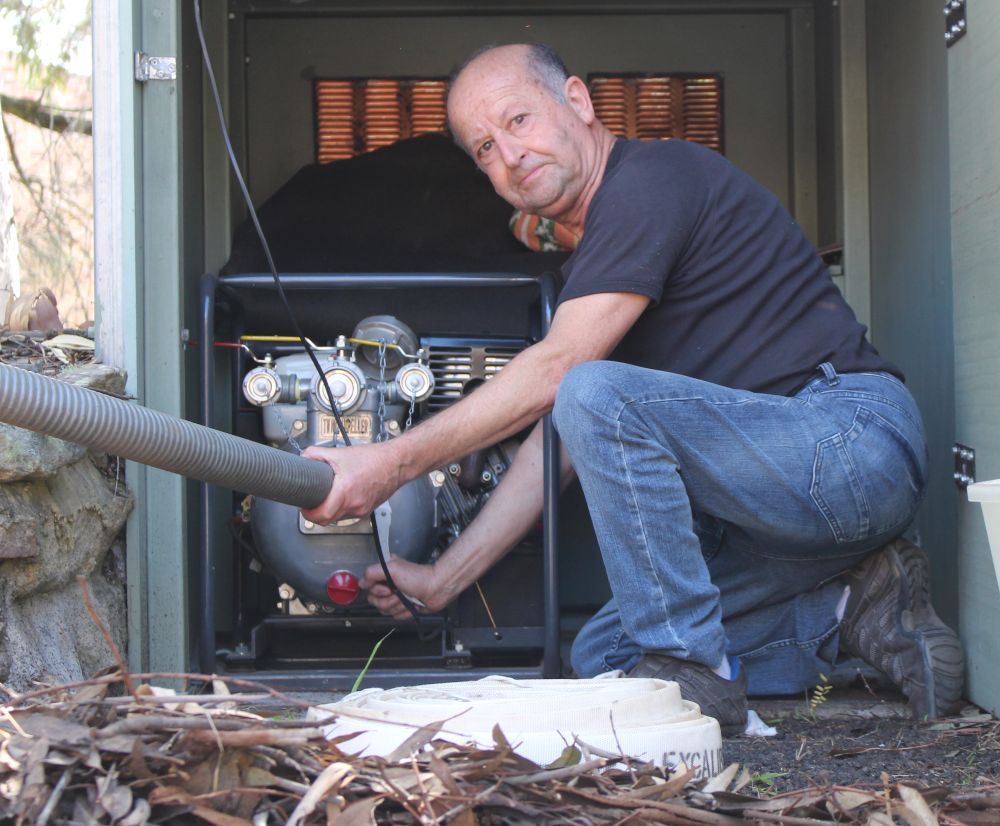